Blights Motors was founded in 1933 by the late Jack who was a blacksmith in the village of Monkleigh near Bideford. He started life shoeing horses and making trailers and repairing carts. He then progressed on to the Motor car as it became more popular after the war. The business outgrew the Blacksmiths shop in Bideford and moved into Bideford on the Torrington Road and also Torridge Hill in Bideford. The business again outgrew these sites and moved to the present site in the early 1960’s. Fred Blight, Jack’s son joined the business along with his son Jeffery.

Today the business is still very much a family affair with Nick Blight –Jeff’s son runs the Service department, Tim Blight Nick’s uncle involved with the Car Sales and Teresa Blight Jeff’s wife in charge of the Spar store. Blights over the years have held many franchises including, Standard, Trimuph, Austin, Rootes and in more recent years Vauhall and Ford and today specialise in the servicing and repair of Ford cars and vans with twenty years experience.

Blights have always tried to look to the future, the premises at New Road was one of the first garages in Devon to build a canopy over its fuel pumps and also one of the first to open for fuel on a Sunday, today of course this is now common place. Today Blights now have a modern Spar convenience store with an off-licence and Costa Coffee, a BP Forecourt with the latest multimedia fuel pumps.

Almost 3 years ago Blights became the North Devon Main Dealers for the expanding MG car franchise which offers affordable cars with long warranties and MG heritage, alongside the Mg brand Blights have a modern workshop & MOT testing station and work on any make of car.

Today Blights Motors are the first business in Bideford to install a Rapid Electric Car Charger point for the growing electric car market. Next year Blights are looking forward to Electric & Hybrid MG cars joining the ever growing range. 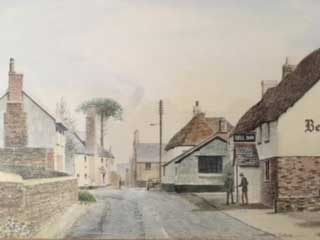 Founded by William John Blight. The business started from a Blacksmith shop in Monkleigh near Bideford.

At New Road, Bideford. In the photo is William John Blight known as “Jack”, the father to Fred Blight – the 2 original founders of the business. 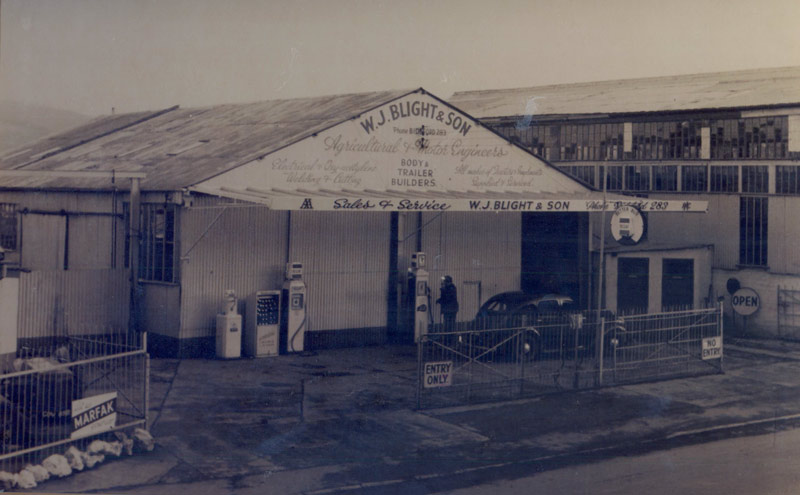 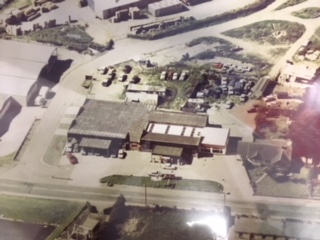 An aerial shot of Blights, Clovelly Road, Bideford in 1971.

An aerial shot of Blights, Clovelly Road, Bideford in 1998. 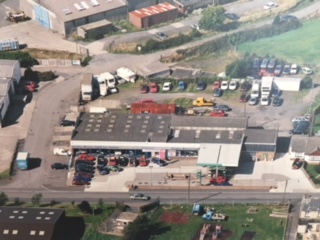 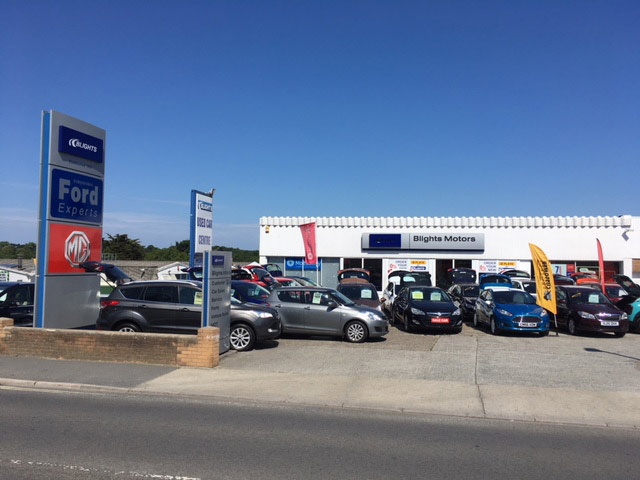 Blights is now a thriving independent local business offering many services. Learn more about the business as it is today.